I was paging through Frimurerne i Vikingtiden and decided to see if I could find some of Ystad’s images to reproduce for you with Ystad’s text. 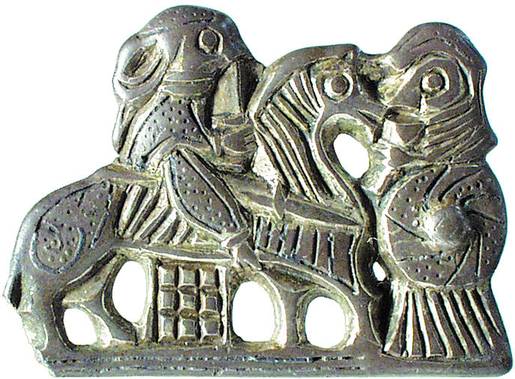 A valkyrie who leads a fallen warrior on his way to Valhall according to the National Museum, or to Freya’s own hall? Note the square with 3 x 3 fields the candidate and the horse step over. This, I think, symbolizes the holy coffin that contained the ancestral bone remnants. (p. 105) 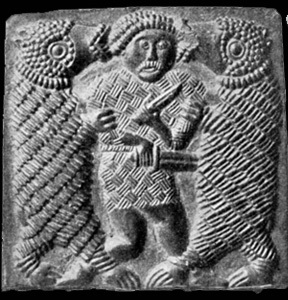 Two warriors and a warrior in between. Stamp for the decoration of a helmet, found in Torslunda Ölland. Notice the warrior’s right leg and knee, which is in a “right angle”. Could this be the candidate who must fight two bears? He has a sword and a knife to defend himself. Note that it is the two bears, not the candidate, who seem to have what I think could be a string of calf intestines around the neck, which I think was attached to the one who was to be initiated beneath the bushes in the fertility rites around Frøya. Such intestines, or a double loop around the neck, I think was also suggested on the Danish gold plaque from Lundeborg and on the figures from Sliphavnskogen and Kymbo. (p. 111) 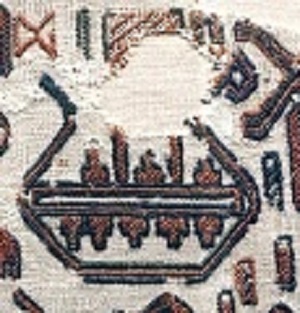 Could this be a representation of the common meal after the rite? In that case, we probably see the three gods Njård, Frøy of Frøya at the top. And further, if we base ourselves on the York rite: On the other side of the long table the candidate, his two witnesses as well as the Volven (?) and the Volven (?) assistant (Senior and Junior Deacon in the rite today). Here are seven brothers in addition to the candidate. Cut out from the Jamtli carpet. (P. 113) 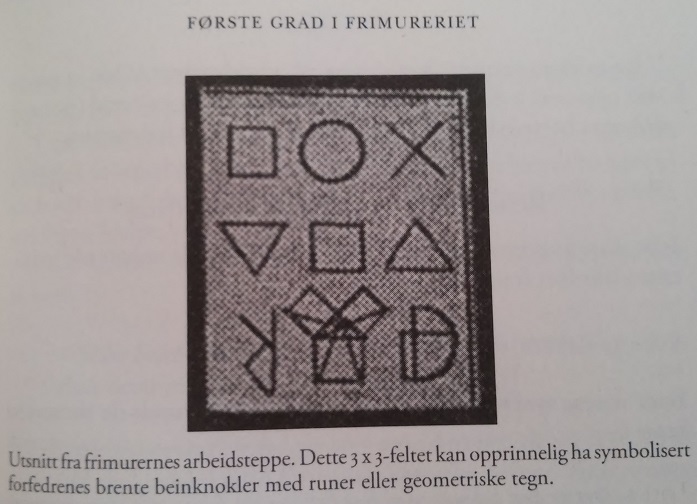 Part of a working tapestry. The 3 x 3 field could originally have represented the burnt bones of the ancestors by runes and geometrical symbols.

Just to give you an idea of the book. These examples are all from the ‘rituals to Freyja’ / first degree part of the book. It proves quite a job to find the images and translate the Norse text. Perhaps some time in the future I will translate more examples.