Well well, I ran into a Masonic heathen ‘by accident’. Not the least person too it seems. It appears Henning Klövekorn is quite a public person in his homecountry Australia, Businessman, philanthropost and an avid writer. According to the website Klovekorn was born in Germany. Lived in South Africa, but ended up in Australia.

What I ran into was an ‘article’ by Klövekorn on freemasons-freemasonry.com. The text is about Freemasonry in Germany  in 1250. That is many a century before Freemasonry appeared in England. However he does not really make ‘heathen connections’, but he does refer to the guild system that in ‘my’ theory makes the bridge between the prechristian religion and Freemasonry. I figured I would share the article.
Klövekorn seems to be the secretary of Lodge Concordia #226.

Then I noticed that it is not actually an article, but a chapter from a book. The book is called 99 Degrees of Freemasonry: Turning the Solomon Key and seems to be popular. It is from 2007 and pretty expensive. No worries though, there is an affordable printing on demand edition available.

When I clicked on the author’s name on Amazon, I noticed that Klövekorn has also written a book about Asatru. Indeed, his website says:

An avid member of the Military, Naval and Military Club, the United Nations Association of Australia, the Freemasons (Lodge Concordia 226), The German and Austrian Clubs of South Australia and Asatru. Henning is also actively engaged in philanthropy, archeology and perpetuating his indigenous religion. [Emphasis mine.]

According to Wikipedia Klövekorn writes in his book that the famous Apprentice Pillar from the Rosslyn Chapel is a reference to the Yggdrasil. The author: “argues that the Nordic/Viking association is plausible considering the many auxiliary references in the chapel to Celtic and Norse mythology”.

I have started with ordering Klövekorn’s 99 Degrees to see if it has an interesting twist on Masonic history.

The book has arrived, things are getting better. According to the introduction Klövekorn has argued with his Grand Lodge (the Ancient Free and Accepted Masons of South Australia and the Northern Territory) over the admittance of aboriginals. This eventually led him to leave and started a cooperation with the Grant Orient of France and he joined the mixed gender organisation Le Droit Humain.

Apparently he wrote: “work on the Anglo-Saxon origins of Freemasonry” and the book features an interesting photo (cheap phone camera photo of  a not too well printed picture, but you will see why I put it here).

Certainly a man to look into. 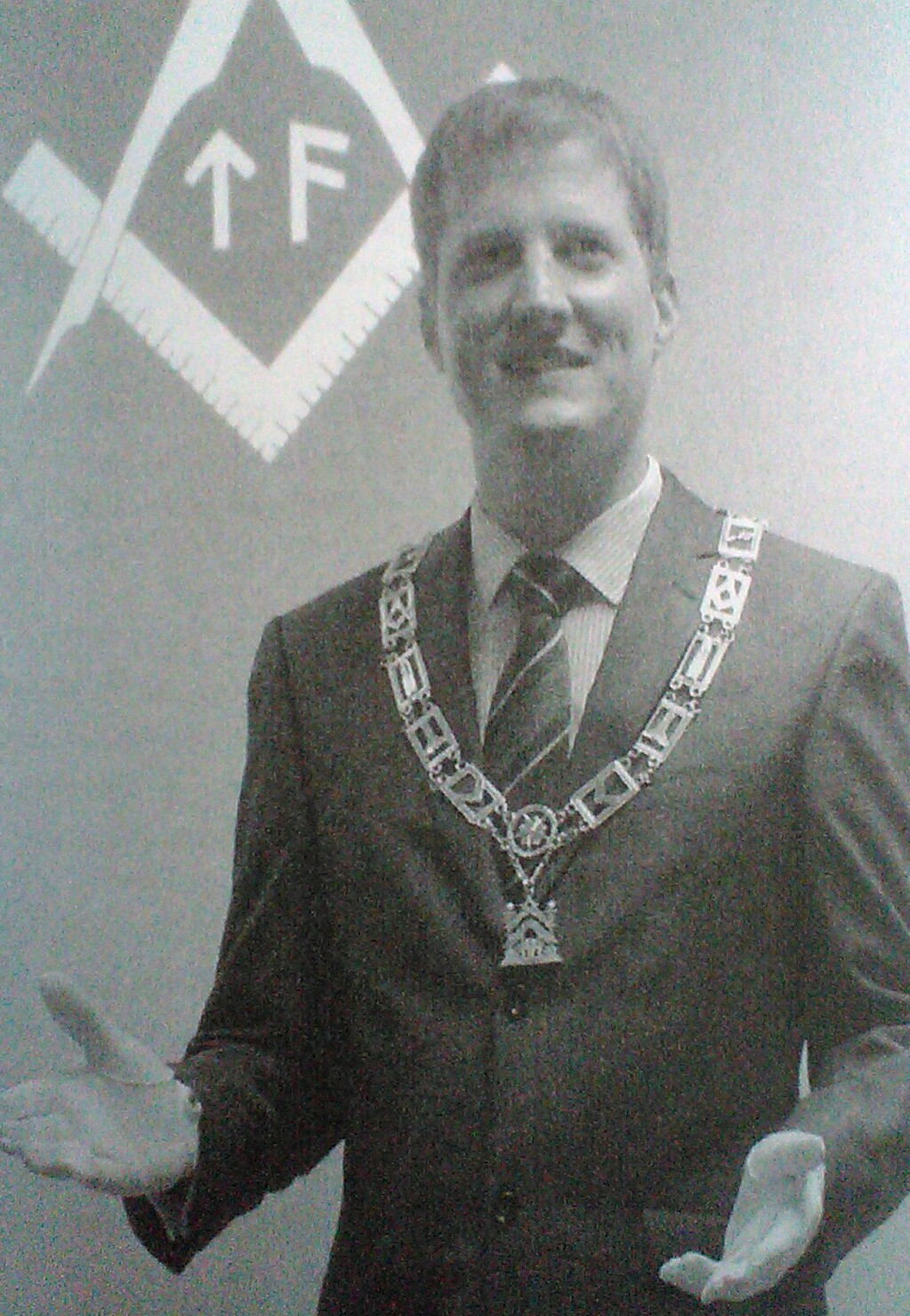